For all Riichi lovers!

Yesterday I participated in my third big Tenhou tournament. Two previous ones were the Nikaido Cup and IORMC 2016. Tenhou tournaments are fun and a bit less tedious than real life tournaments. Can’t say I prefer one type over the other, different experiences.

I had a great time playing in the NARMA competition. I think it was well organized (props!). I played to the best of my abilities and I’d say I’m fairly satisfied with my playing, although I could’ve finished in top 20 had I not messed up my last game. I was very unlucky a few times and one game ended in I think E3 xD Those are the things you can’t help sometimes…

What I can do is to search for my mistakes and learn from them. However, this is not enough. I certainly have some blind spots which I’m unaware of. That’s why this blog post is being created. I hope strong players will help me find even more mistakes!

Here’s a playlist of my games so you can watch them yourself:

And now on to some crucial situations in which I messed up/wasn’t sure what to do. There were some others but they were mentioned in the videos so I won’t repeat myself. 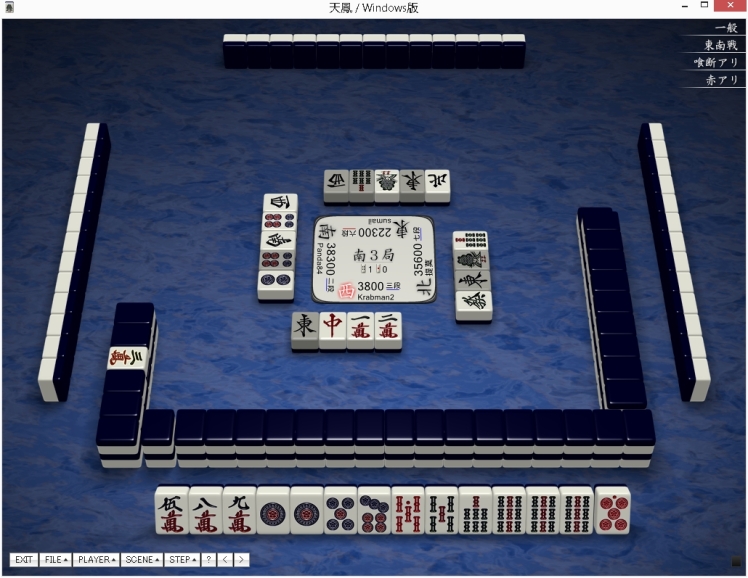 I said I had too many pairs… then discarded 7p…. It was inconsistent with my reasoning from the previous screen. I think I gave up on SSK too easily. 1p/5p could’ve been discarded there.

I went on discarding 1p and decided to keep the pair of 5p as my final pair. Here I discarded 8m becaue of the overlapping 7m wait there. Souzu shape kept developing. Now it’s 45 779 99. 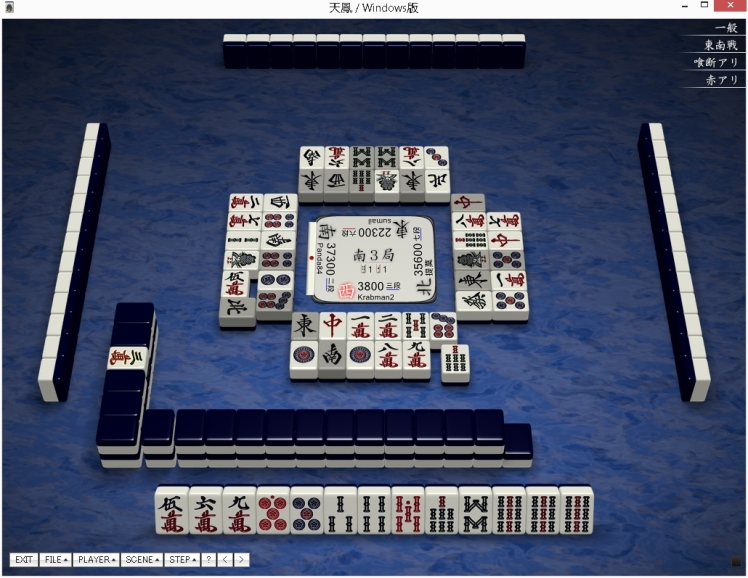 I had nothing to lose so I pushed 9m against Riichi and now 7s because I’m iishanten waiting on 47m 369s. I got to tenpai on my next turn with 6s and declared okkake Riichi. Unfortunately, Kamicha got a Ron on Toimen right after that.

My point here is that even though it all worked out, my discards were not really carefully considered every time. I didn’t process all possible ways in which my hand could’ve evolved. It was my auto-pilot mixed with rushy reasoning.

What do you think of my discards? I think that 7p was a mistake. Knowing that my hand would’ve ended up the same is just hindsight bias. 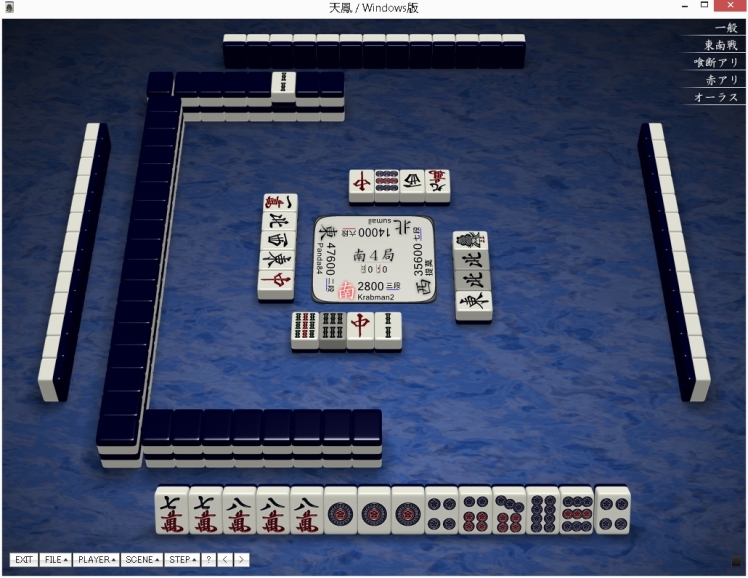 That’s one miserable situation xD I was considering Chinitsu (Ittsu). Direct Mangan from Toimen or any Haneman was what I needed. I didn’t notice San Ankou potential yet (I realized it later) xD Riichi, Tsumo, San Ankou with Doras woud’ve been enough. Should I have taken that tenpai and insta-Riichi in hopes for Tsumo?

With 4m dead, Kan 2m is just as good a wait so I chose suji the suji trap.  Aggressive opponents are more likely to resort to suji. That wait gives higher value too.

I was in the lead so I decided to bail this Mangan. Kamicha looked like he was relying on Pinzu. On the other hand, my wait was good, it was only E3 and I had enough points to afford a Mangan/Haneman Ron from Kamicha. Perhaps I should’ve just insta-Riichi that? What about if that had been S3?

I went damaten on this one. I thought that 5200 was good enough. I think the main reason for damaten should’ve been wait improvement. 2457s not only improve my tenpai, they increase my hand value as well (Pinfu/Ippeiko). Insta Riichi isn’t that bad either since I’m falling behind and aggressive play is advised in such situations.

My wait didn’t improve but I  got aka 5p and kept damaten. Someone else won before me.

Discarding 6s here for a possible 345 SSK isn’t a good option here, is it?

Seeing kabe on 6p and with 5p suji against Kamicha I decided to okkake Riichi. Do you think that was a good decision with only 2 outs? 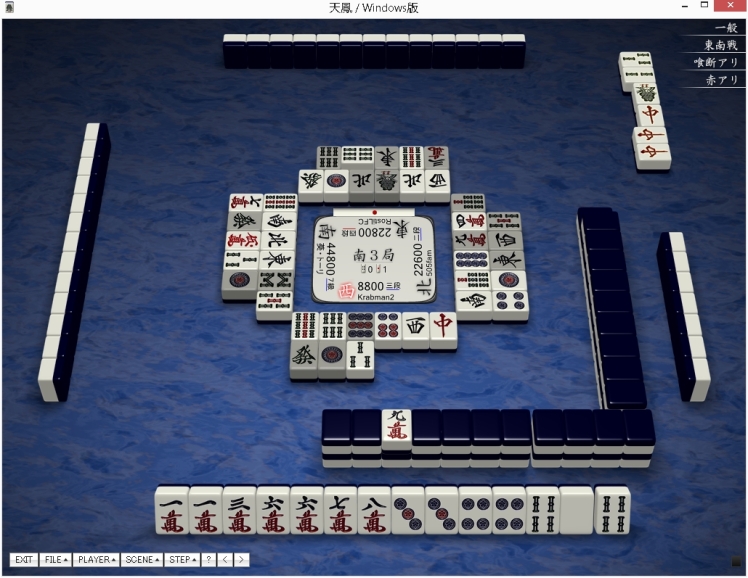 7 pairs isn’t usually a good pursuit hand but I was desperate here so I think dropping 3m to chase that Chiitoi Dora2 was the best choice even though I dealt to Shimocha.

My last Oya turn. Would you push 9s here?

This is just bad, don’t do that! Dora soba push with Yakuhai nomi against Oya Riichi on ippatsu turn is asking to get raped. I had so many genbutsu!

BTW: I won that hand later. Oya must’ve been really pissed off…

Now here’s my personal favorite which cost me top 20:

I know I shouldn’t have rushed that atozuke Yakuhai nomi in the first place but I embarassed myself further by dealing Sha to feed Kamicha-san xD Yeah, I still do stuff like this  although much much MUUUUCH  less frequently than I used to. Progress!!! hahaha

I hope you had fun reading. Feel free to leave a comment 🙂